St. Francis Xavier School teaches Latin in the 7th and 8th Grades. Each year students along with some other 154,000 students throughout the United States and various other countries take the National Latin Exam (NLE). The Philosophy of the NLE is as follows:

The philosophy of the National Latin Exam is predicated on providing every Latin student the opportunity to experience a sense of personal accomplishment and success in his study of the Latin language and culture. This opportunity exists for each individual student since, on the National Latin Exam, he is not competing with his fellow student on a comparative basis, but is evaluated solely on his own performance on the exam. The basic purposes of the NLE are to promote the study of Latin and to encourage the individual student.

We at St. Francis Xavier are proud that each year we have been taking the exam some of our students have been awarded prizes.

This year the following students received these awards: 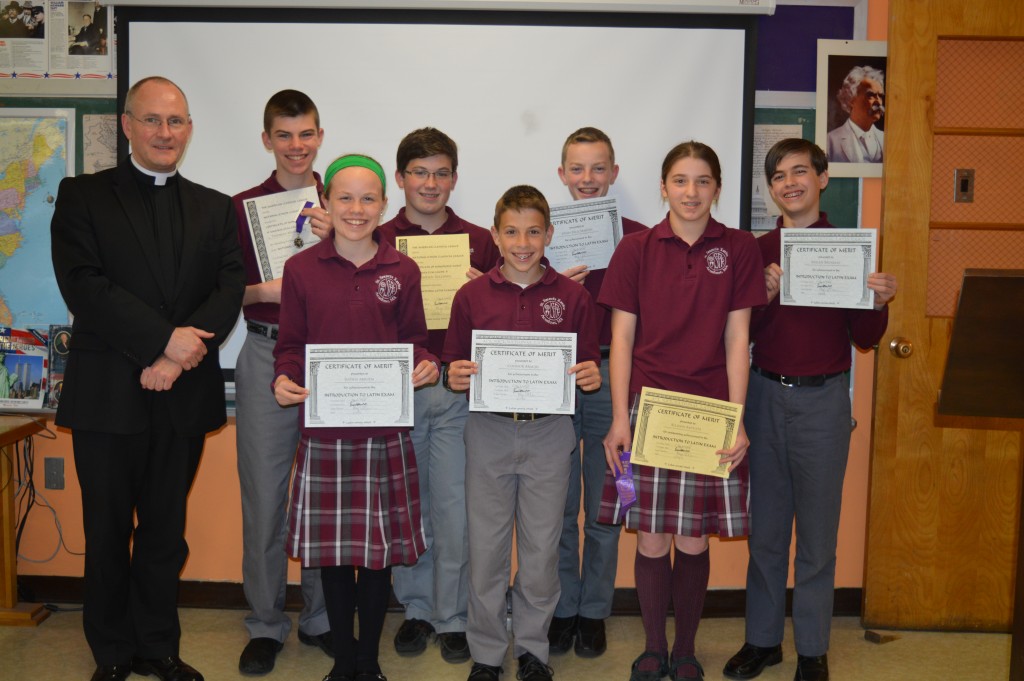 Above Photo from Left to Right: